Today’s interview is with Carlota Zimmerman, a Creativity Coach in New York City.  Carlota and I actually went to high school together, and we have since kept in touch as her journey brought her to Wellesley College (class of ’96), working and traveling in Russia, a career in network news, and then a J.D. from the Maurer School of Law at Indiana University (Bloomington).  She is also an accomplished playwright and blogger.  Check out her website at Carlota Worldwide.  (You can also check her out on the Huffington Post.  And, if you or anyone you know is considering going to law school, you must read her “Top 5 Reasons Not to Attend Law School” article first.  Just to be sure you’re on the right path…)

In the last few years, she resettled in New York and launched her Creativity Coaching business.  Carlota is particularly good at bringing her clients’ (and her friends’)  creativity to the forefront, and that is what we are discussing today. 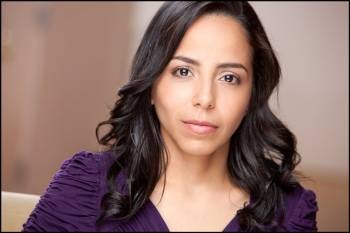 UC: How did you get started blogging?

Carlota: I’m actually a produced playwright, with one play currently on tour, and another one almost done, so while I love writing, blogging did not come naturally. I think if you don’t have a “message” to get across (such as, say, a business, or a passion), it can actually be quite distracting. I really only started blogging once I became truly serious about my creativity coaching business. I wanted to use the blog as a format…

(I hope.) I might however blow their mind, and make them feel invincible…if I do my job right!

UC: Do you have any tips for a newbie blogger in terms of finding a voice, choosing which blog host to use, etc.?
Carlota: Well, in blogging, like anything else, you must accept that at first, you probably won’t be very good at it…and that’s fine. But you must commit. You must blog regularly, since the more that you write, the better it’ll become. Try not to despair when some of your friends’ blogs have a hundred followers and you have yourself…and the cats. The cats have excellent taste!

Also, consider the blog, and consider what audience you’re attempting to connect with, that will help focus it. But at first, yes, it might just be you and some dear friends reading it. (And buy those people a drink for supporting you!) But it will get better as you figure out more about yourself and your goals.

I personally use Blogger, since they make it so easy to Tweet/Facebook etc. the posts.

UC: What led to you becoming a Creativity Coach?
Carlota: My obsession with getting every single person on the planet to fully utilize their potential. Wasted potential makes me cranky. (UC note: Trust me, you never want to see Carlota cranky.) And I speak from personal experience; before I started this business, I spent eight years in network news, working for all the networks, except CBS, in Moscow, Russia, New York and Washington, DC.  Name a show and I probably worked for it. I did everything: White House producer; operations producer for ABC News; assignment editor for CNN; had a famous national correspondent throw a water cooler at me; threw phones at incompetent producers; made writers cry…yes, I brought joy wherever I went. But I was excellent at getting stories on the air and that’s all that matters.

So then, obviously, I got burned out. I had experienced tremendous success, and since prestige at that point was more important than values, I thought, “Oh! Law school!” (Those people who also went to law school, are probably choking on their bitter laughter right now. I don’t blame them.) I went to law school…and it wasn’t super fun. Not the most wonderful three years of my life, for which I take full responsibility, since I hadn’t researched it, nor did I really know myself. So for me, law school was three years of trying to force a square peg (moi) into a round hole (law school)…you can imagine how much fun that was. For both of us.
I did have some interesting experiences, such as the summer practicing law in India, and the second summer interning in Senator Clinton’s immigration department, but by the time I graduated in 2007, I knew that I didn’t want to practice law. But…what did I want to do? There appeared to be no money to be made in napping on the sofa, with the cats.

Through trial and error, I started slowly, very s-l-o-w-l-y working as a creativity coach, by which I mean, I was helping friends figure themselves out. (I was also bartending and doing various odd jobs for cash.) And then, in midst of all this, I was contacted by the Brazilian government regarding a play I had written at 17, which had won the Young Playwrights Festival when I was 18. The Brazilians wanted to stage a nation-wide tour of the play to encourage a national dialogue on the issue of prisoners’ rights. (*sound of head exploding*) The play is now on the second year of it’s tour…mother’s so proud!

That was for me a true galvanizing moment about the necessity of doing what you love…and how it makes things work. I started writing again, wrote a new play, got a great agent, and the ideas just started flowing.

So when I say I’m obsessed with every single person on the damn planet using their full potential…I AIN’T KIDDING! Because when you do…its extraordinary what can happen. And when you don’t…

UC: Without giving away all of your trade secrets (which we should be paying dearly for), can you share some tips for yarncrafters in a creative rut?
Carlota: I prefer to work with people on a one-on-one basis, and help them build personalized and creative strategies, based on their needs and personalities…but off-hand, I would suggest: return to your roots. Why did you start crafting in the first place? Why is it important to you? Consider why you might be in a rut: is it time to undertake a project you think might be beyond your skills? Also, start seeking out inspiration in very new places…

UC: Any tips for emerging desigers/authors on dealing with rejection?
Carlota: My all-time favorite story in this regard, is about the author Kurt Vonnegut. After he passed, I went to an exhibition honoring his life, and among all of his manuscripts, and photos…was a pile of rejection letters. 800 rejection letters. He had received the slips, saved them…and kept on writing. Kept on writing at what he believed in his heart to be valuable, till he finally broke through. I was deeply impressed. He knew his talents…and that’s all that mattered to him. Is he my favorite author? No, not at all…but my respect for his courage and perservance is off-the-charts.

UC: As a playwright, where/how do you find inspiration?
Carlota: Ugh: everywhere. I have to finish the final polish on this play by August 1, so I can send it to my agent, since I have two book proposals I want to sell, and then a third play I want to start writing December…but that’s also because I’m very driven and after so many years of not writing, my business has unleashed my creativity in extreme ways. But I personally believe that this period of fertility, could NOT have happened, had I not had years of feeling completely at loose ends, and understanding that I had to fight it out and figure myself out…or else, that period would have never ended.

Carlota has definitely given me some inspiration.  I don’t know if I will be keeping my rejection letters until I collect 800 like Kurt Vonnegut, but it is helpful to be reminded that everyone goes through that experience!

Updated August, 2014: For anyone in need of more one-on-one work to get you out of a rut or onto the next change in your lives, you can contact Carlota to learn more about her services and her current pricing here.  Although her home base is in New York City, she also offers phone/video chat services for clients living elsewhere.  As a satisfied customer myself, I will tell you that if you need your butt kicked into shape, Carlota is the right coach for you!