Susan Huxley is an accomplished needlecrafts author who first came to my attention when I checked out her book, Today’s Crochet: Sweaters from the Crochet Guild of America, from the library a few years ago.  (And, no, I didn’t get around to making a sweater from it before I had to return it.)  I had the pleasure of meeting Susan virtually through the Crochet Guild of America‘s Yahoo group for Professional and Associate Professional members.  Susan is an active member of the Arts Community of Easton, and is involved with many fiber arts events.

I was so “hooked” on her Chase the Chill: The Original project that I asked to interview her here on my blog.

For those of you in the Easton, Pennsylvania area, you can get involved with Chase the Chill on Saturday, November 5.  Read on for details!

Underground Crafter (UC): How did you first get started crocheting?
Susan: I was wielding a hook when I was knee-high to a grasshopper. There isn’t a time in my life when I wasn’t exposed to knitting, crocheting, sewing, and other crafts. My grandmother was at home crocheting when this little bundle came home from the hospital. When my military-sailor father went to sea we lived with “Nannie.” And thus began my stitching education. It continued when I lived with her full-time until I was 12. By then I was more than capable of initiating and stitching on my own, and had plenty of craft magazines close at hand to teach myself interesting new things. That’s how I learned circular work on double-pointed knitting needles, for a stuffed octopus toy. Nannie had me make several more to grace the back of her living room sofa.

My first distinct memory of a crocheted project was “The World’s Longest Crochet Chain,” worked as the family drove across Canada, from an island off the West Coast mainland to the new place Dad was stationed in Halifax.

UC: When/why did you decide to merge your love of crafting with writing and publishing?
Susan: It was accidental…and inevitable. First, I was a truck driver, only crocheting or embroidering while waiting to load. Yes, 18-wheels. After establishing my fallback job skills, I took up clothing and textiles in the Home Economics program at the University of Alberta. A sudden move to central Canada put the kibosh on that career path. Shortly before the move, my English prof offered me a position in the Honors program. I couldn’t find a home ec program in Toronto, but her offer inspired me to move in new directions. I was accepted into the English program at York University and the Journalism program at Ryerson. The Ontario College of Art rejected me. I chose the Journalism program as more practical, and after a year had quit to work full-time as a reporter on a community paper. Then I freelanced for the national newspaper The Globe and Mail. And starved.

Answering an ad for assistant editor of a craft magazine put food on the table. I loved the work. Within weeks of my start date, the editor quit. I didn’t realize that slapping my resume on the editorial director’s desk and asking for the job was ballsy. He continued to interview others. I think I was eventually given the job because no one else would work at the offered salary. So, at 28, I was responsible for the editorial content of a national, glossy, subscription-based craft magazine.

UC: How did you get started teaching crochet?
Susan: At Rodale Inc., I was a senior editor on the sewing book team. (Note the jump from magazines to books…and the change of countries. Risk doesn’t scare me…being hungry does.) I discovered that promoting books I worked on won me brownie points. I didn’t actively pursue teaching gigs, but when they were requested, I didn’t turn them down. The sessions were popular with guilds and stores since I didn’t charge. These teaching sessions naturally progressed into crochet as I took on other craft titles.

I wasn’t afraid to stand in front of a crowd, thanks to competitive Highland (Scottish) dancing and a public school teacher who steered me into the debate club when I was in grade 8. I have some public speaking and debate awards to my name, including a provincial (the US equivalent of a state) title. Being a military brat also played a role since I moved enough to learn to come out of my shell in order to make friends quickly.

As an editor I spent a lot of time attending conferences in various craft categories to hunt down new book ideas and authors. This taught me a lot about good teaching, although I’m not there yet and continue learning how to be a better educator.

UC: Has teaching crochet impacted your personal crafting?
Susan: Absolutely. Even if I pick up a hook and start to stitch for the pleasure of feeling the yarn slide through my fingers—or to learn a new stitch pattern—it isn’t long before the laptop is open and I’m jotting down what I’m doing or ideas on how it can be applied to a project, pattern, or piece of art.

Recording what I’m doing is important because anything a student sees could turn into a request for instructions and further guidance. Rather than trying to recreate the work, it’s easier to write as I stitch. Of course, only a week ago a friend, Robin, asked me to show her how to make a very specific type of mobius, and I fumbled around while trying to remember what I did because I didn’t have access to the notes on my computer. I don’t like wasting a student’s time like that.

UC: You organize Chase the Chill, “an annual happening with a cause.”  How did this event start and what was the motivation behind combining public art, charity, and yarn bombing together?
Susan: I blame my friends, the core group of the Saturday Stitchers of Easton: Robin Phelps, Elinor Levy, and Bonny Peters. And my artist friends. And the shelter down the street.

Safe Harbor has beds for the homeless, a meal program, and counseling. First thing in the morning and at other specific times throughout the day, there’s a steady stream of people who live in nearby inexpensive rooms and apartments—and homeless people—walking down the street where I live, heading over to the shelter to eat. In the winter, some aren’t dressed for the cold. It’s heartbreaking. I’ve bought coats and boots for a few, but that doesn’t have much of an impact.

I wanted to do more. Something that allowed people the freedom of personal choice and the dignity that comes from not having to qualify for aid or be exposed to sometimes well-meaning but smug donators.

Around the same time that these thoughts were bouncing around, I was enjoying weekly stitching sessions with a group of gals. I was kicking around ways to free them from the tyranny (VBG) of the pattern, stop beating themselves up over mistakes, and think of stitching as an art form. I also wanted to encourage others to look beyond their own lives and embrace random acts of kindness. And, finally, I had been cold sheep for a couple of years and was sick of looking at my huge yarn stash. It was time for a stash-down by working up as much yarn as I could.

At the same time yarn bombing images were starting to pop up everywhere online.

One day, all of the above ideas managed to be in the same spot of my brain at the same time. There was a grand collision and Chase the Chill was born. That’s often the way things are with me…they surface as a full-blown idea. Or, in the case of an art piece, as a visual of the finished work.

Scarf bombing works because anyone can claim a scarf without any qualifiers. Do some go to people who can afford to buy their own? Of course. Are some distributors helping themselves to scarves made for others? Probably. Are some low-income people taking more than their share? It doesn’t matter. Who “deserves” a scarf? Does a person have to “look poor to receive a gift?”

The whole idea is to have fun putting the scarves out there and inviting people, via a hang tag that says you can take it. Like a Happening in the 60s, the bombing takes on a life of its own. The only rules are no placement on private property without permission, covering signs or working parts of parking meters, or around trees.

UC: How can people get involved with Chase the Chill?
Susan:

UC: Where do you find your creative inspiration?
Susan: A better question for me might be “Where don’t I find inspiration?” It’s everywhere. I love looking at fashion and art on the Internet. And listening to Easton artists talk about their work. Lately, though, I’m drawing inspiration from people. Just this past week I was chatting with a wonderfully experienced stitcher and spinner. Gaye and I were comparing yarn holding/tension techniques. She said she’d love to make a study of this. I’ve built on this comment and now have a new project in the works for 2012.

UC: You seem to be multi-craftual.  What is your favorite “go to” craft when you have time for personal projects?
Susan: I go through phases. I’m also obsessive. I latch onto, say, crocheting with plastic bags. And that’s all I do during my spare time for a year. When I’m working on something my minds wanders to other ways I can work with the same material/technique/concept. Then I wake up one day, decide I’m bored, and move on to something else. My top two craft loves, though, are crocheting and garment sewing. Knitting is third. Quilting isn’t even on this list, although I’m still obsessing about piecing old clothing into new garments these days. I can feel the passion waning, though.

UC: What are your favorite crochet/craft blogs?
Susan: Do I have to pick one? I only allow myself an hour on Facebook and 30 minutes on the Internet every day, otherwise I’d be lost to the world. A whole new meaning to plug in and tune out.

My favorite art blog is Joanne Mattera Art Blog, which is about marketing every Monday, because the advice is often applicable to us professional stitchers who do fairs, submit teaching proposals, deal with clients, educate the public…

UC: What other projects are you working on right now?

Thanks Susan for stopping by and sharing your projects with us.

If you have a chance to visit Easton for Chase the Chill on Saturday, November 5, you should!  (I won’t be able to attend since I’ll be teaching a beginner crochet class at the Mount Vernon Hotel Museum and Garden.) 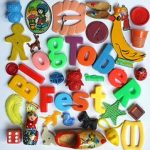 1 thought on “Interview with Susan Huxley, organizer of Chase the Chill, the Original”