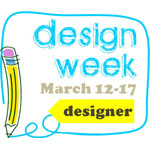 (This post is part of my series for Knit and Crochet Design Week 2012.)

Today’s Design Week theme is into a pattern.

As you can see, I’m no where near finished with my beanie at this point.

I mentioned before that the stitch pattern, Sandstorm, reminded me of the Dune saga by Frank Herbert.  I read all six of Herbert’s Dune books a few years back and have always been a huge fan of the David Lynch film (although apparently, he hated it).  The Kwisatz Haderach is an important figure in the series, whose eyes are blue from the spice melange and who has the ability to ride sandworms.  I suppose I could have just as easily called this hat “Fremen” but it didn’t seem as cool.

After I am done with the knitting part, there will be some more finishing to do.  I’ll have to weave in my ends, and if there are any weirdo mistakes (happens a lot when you are knitting on the subway!), I will do what I can to repair them.  Once that is done, I will decide if this is ready to become a pattern.

As I’ve been working, I’ve been keeping track of what I’m doing so that I will have the bare elements needed if I want to transform this project into a pattern.  As Stacey mentioned in her post for today, there are many steps involved before I would share a pattern with the world.  Besides getting the pattern tested, I also have to do editing and proofreading (sometimes called “tech editing”).  There is also the graphics side of things – I would need take awesome pictures of the hat (ideally on a model), and then format the pictures and pattern into a template that I use for my patterns.

I have actually already written up a handout on basic beanie design for my knitting students, which we used in class today.  Another option would be to expand that handout without writing up the pattern.  I will probably not decide what to do until the hat is completely finished.  (At my rate of knitting, that could be while from now!)

I’ve had a lot of fun during Knit and Crochet Design Week, and I hope Stacey hosts another one next year.  I’ve really enjoyed reading everyone’s posts and watching the ways that different crocheters and knitters design their own projects!

To read other Day 6 posts from Knit and Crochet Design Week, visit FreshStitches.