It’s been just over a year since I first learned about Revelations of a Delusional Knitter and her Surmount the Stash challenge.

This has been an interesting year for me in terms of stash.  I started using Ravelry’s features more actively, which helped me track my stash more closely.  I also started working with Galler Yarns, and I received more yarn support for upcoming designs in 2012 than in any previous year.  In spite, or because of all of these things, I’ve actually been able to make a noticeable dent in my yarn stash and am definitely ending 2012 with less yarn than I started with!

In December, I didn’t finish many projects since I’m working on a very large secret project.  I did manage to use up 112 yards on little holiday projects. 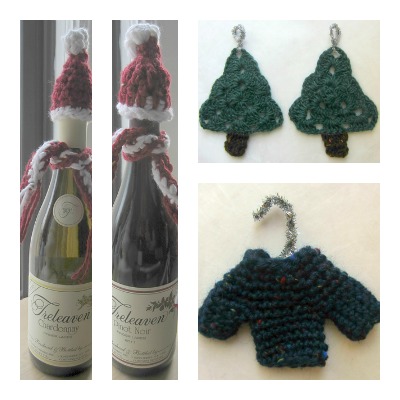 I also added 79 yards to my stash in yarn support remnants.  I reorganized my yarn bins so that I could store everything in 5 bins rather than having a box of yarn support on the side.  Overall, not a very significant month in terms of my stash!

During the course of the year, I learned a few things that may be helpful to you if stashbusting is on your list of New Year’s Resolutions.

For 2013, I’m planning to keep whittling away at my stash to keep it more manageable.