The CAL was sponsored by Galler Yarns and held in the Galler Yarns Ravelry group. I’m not eligible for the awesome prizes since I already do some work for Galler Yarns, but I still had a lot of fun!

I finished mine at the very end, just a day before the CAL ended.  (What can I say, I like living on the edge.) 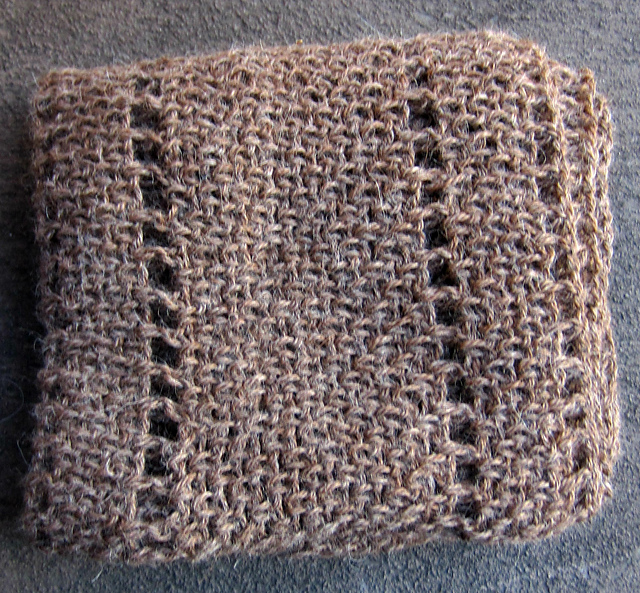 I made mine using Galler Yarns Prime Alpaca in Nutmeg.  I made a few modifications based on watching others in the CAL.  I basically changed the pattern so it was symmetrical and made it a few rows shorter in total. 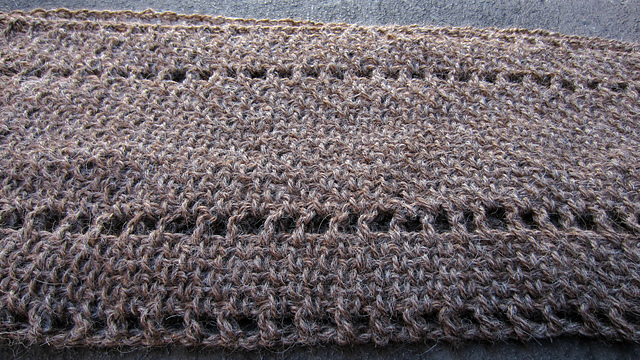 It’s very soft and it’s long enough to wrap around twice.  I’m thinking it will be a great holiday gift for my aunt.  It feels good to cross something off the list so early in the year!