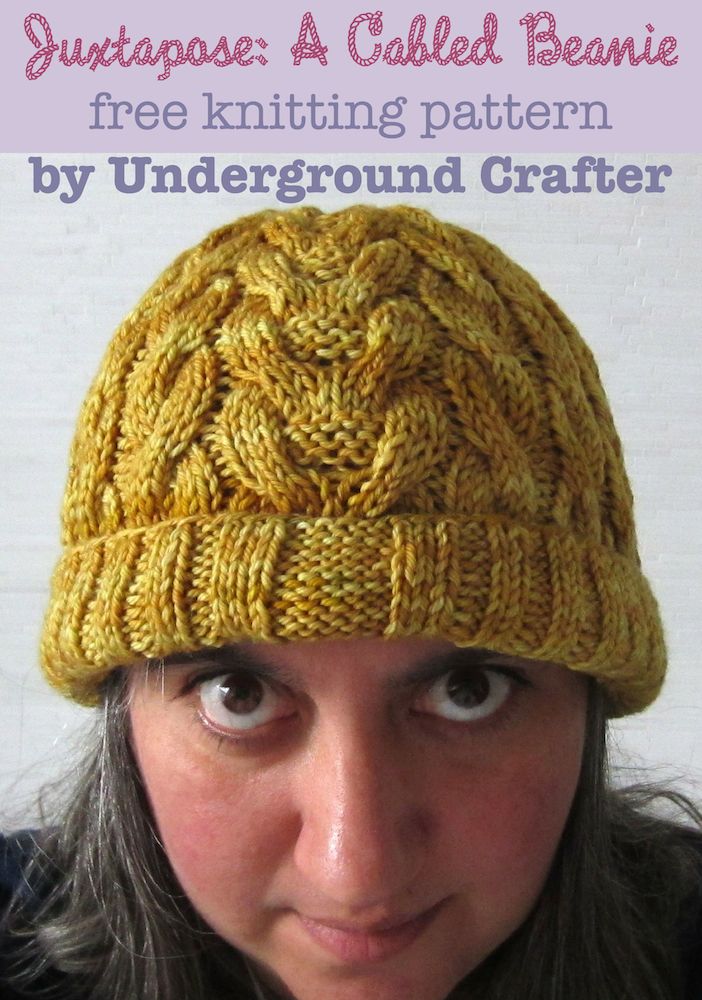 I love to knit cables. There’s something really fun about watching them form beneath my fingers, and the resulting texture is great. This free knitting pattern is a tribute to cables, and features three cable variations.

This post contains affiliate links. The yarn for the sample was generously provided by Quaere Fibre.

There’s a large, forked cable in the center, which makes a dramatic centerpiece, and then mirrored cables on each side. 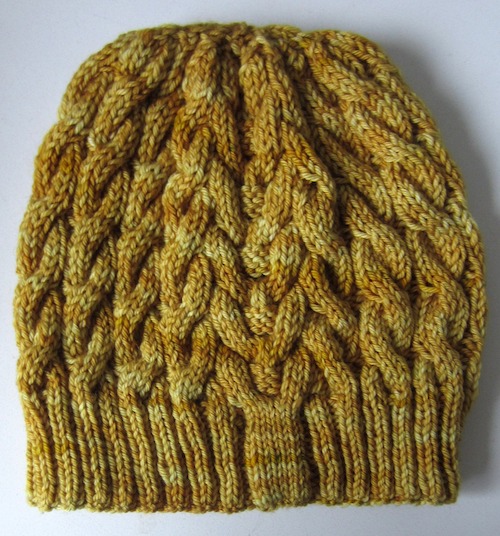 This is knit seamlessly in the round, and looks great from the back, too. 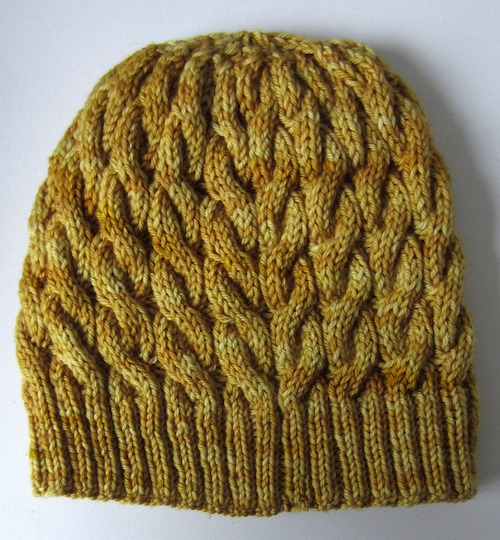 This hat only measures 18.5” (47 cm) in circumference, but it’s super stretchy so it will fit a variety of teen and adult heads.

I knit it using some stunning hand dyed yarn by Quaere Fibre on Etsy. Janel has a beautiful array of colors in amazing bases, so check out her shop!

Don’t forget to share a picture on Ravelry or on my Facebook page if you make one!

You can also buy a printable, ad-free PDF version of this pattern here on Craftsy. 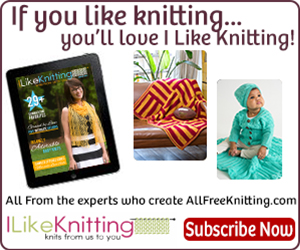 Three styles of cables interact to create an exciting texture for a stretchy beanie.

© 2015 by Marie Segares (Underground Crafter). This pattern is for personal use only. You may use the pattern to make unlimited items for yourself, for charity, or to give as gifts. You may sell items you personally make by hand from this pattern. Do not violate Marie’s copyright by distributing this pattern or the photos in any form, including but not limited to scanning, photocopying, emailing, or posting on a website or internet discussion group. If you want to share the pattern, point your friends to this link: http://undergroundcrafter.com/2015/08/27/free-knitting-pattern-juxtapose-a-cabled-beanie/. Thanks for supporting indie designers!

Don’t forget to share a picture on Ravelry or on my Facebook page if you make one!

You can also buy a printable, ad-free PDF version of this pattern here on Craftsy.