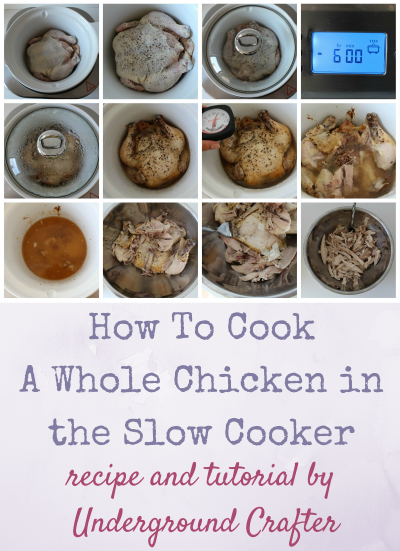 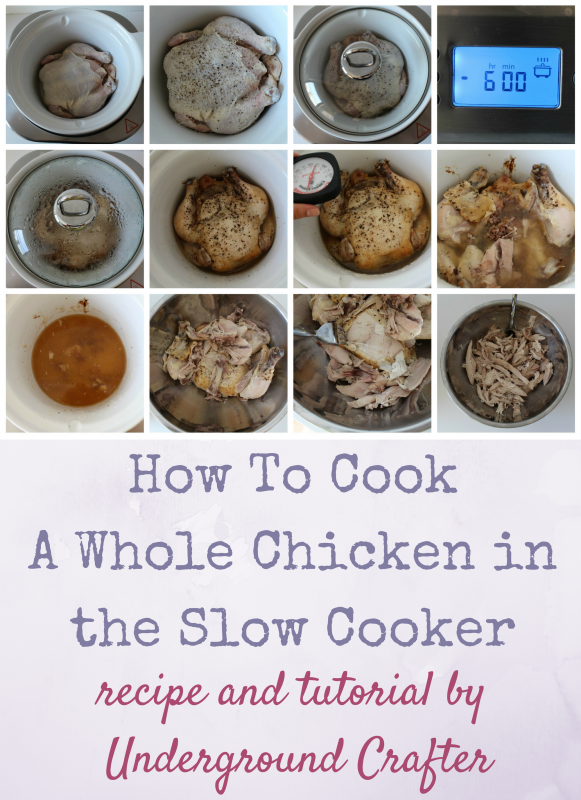 For the past year, MC and I have been looking for ways to save time (and money) while cooking without relying on packaged foods.

As soon as I started cooking more often, I dusted off my trusty slow cooker. Even in my small kitchen, I’ve made room for a 5-quart slow cooker because I can prepare meals in the background while working from home, watching my favorite shows on Amazon Prime, or doing craft projects.  Last year, while perusing my cookbook collection, I learned the basics of cooking a whole chicken in a slow cooker from Beth Hensperger’s Not Your Mother’s Slow Cooker Cookbook. (Though I generally find the whole “not your (grand)mother’s…” device quite tiresome, this is actually a good cookbook!) This summer, when having the oven on was absolutely out of the question, we relied on our slow cooker to get chicken prepared without heating up the apartment.

Once the chicken is done, it quite literally falls off the bone, so preparing a whole chicken in the slow cooker ends up being cheaper than buying cut up parts and less laborious than taking apart a raw chicken. It also makes the most amazing stock which we use in other meals throughout the week. In the hopes that I can help you out in the kitchen, too, I’m going to share my tutorial for cooking a whole chicken in the slow cooker.


How To Cook a Chicken in the Slow Cooker

Here are the answers to a few questions my friends have asked about this ingredients list. 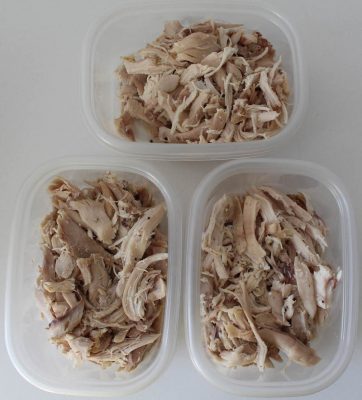