The Bluebird Beanie is a beginner-friendly pom pom beanie crochet pattern. It works up quickly in a bulky yarn using a simple stitch combination that adds great texture. This gender-neutral beanie can be made in different color combinations or with a larger or smaller pom pom for different looks.

This post contains affiliate links. I may receive compensation (at no added cost to you) if you make a purchase using these links. Yarn for the sample was generously provided by Paintbox Yarns.

I like to crochet hats when I have a little bit of downtime because you can finish an entire hat so quickly. There’s something satisfying about that sense of accomplishment!

Personally, I don’t wear hats too often because they generally turn my hair into a mess of static. (If you look closely at the picture, you can see it starting to happen.)

But that’s ok, because hats are also great for gifting, selling at craft markets to people without static-y hair, and for donating to charity. I like to add pom poms to my beanies because why not?! And, also because pom poms are cute. Although many of my beanie patterns use extra-large pom poms, for the Bluebird Beanie, I decided to use a large pom pom instead.

If you make your own Bluebird Beanie, I’d love to see it! Share your progress and questions by tagging me on Facebook as @Underground Crafter, Instragram as @ucrafter, or Twitter as @ucrafter. You can also share a picture in the Underground Crafters Facebook group. Sign up for my weekly newsletter and get a coupon code for your choice of one of my premium patterns and other subscriber goodies. Plus, you’ll never miss one of my free patterns again!

Add the Bluebird Beanie to your favorites or queue, or buy the ad-free PDF on Ravelry.

Abbreviations Used in These Patterns

© 2020 by Marie Segares (Underground Crafter). This pattern is for personal use only. You may use the pattern to make unlimited items for yourself, for charity, or to give as gifts. You may sell items you personally make by hand from this pattern. Do not violate Marie’s copyright by distributing this pattern or the photos in any form, including but not limited to scanning, photocopying, emailing, or posting on a website or internet discussion group. If you want to share the pattern, point your friends to this link: https://undergroundcrafter.com/2020/03/02/bluebird-pom-pom-beanie-crochet-pattern/. Thanks for supporting indie designers!

Coming soon… the Chip Off the Old Block Slouchy Hat! 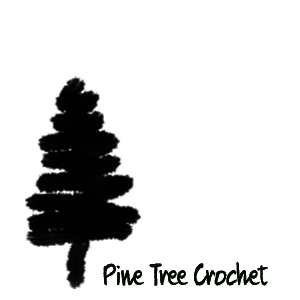