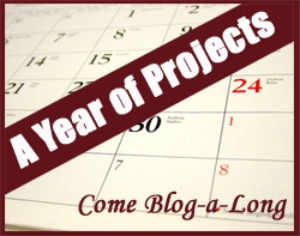 (This post is part of my Year of Projects: Crochet Master Class

series. You can read the other posts in this series here.)

This week, I haven’t had time to work on a new project based on one of the techniques highlighted in Crochet Master Class

, so I decided to dig through some older photographs to find my first two experiments with double-ended crochet.

Darla Fanton is the featured crochet master, and she is actually the one I learned the technique from – indirectly, of course, through a pattern booklet.  I made these two scarves using the double-ended basic stitch.

After getting the basics down, I tried a second version as a “skinny scarf.”  For this one, I used three strands of each color and I believe it was about 85 inches long. 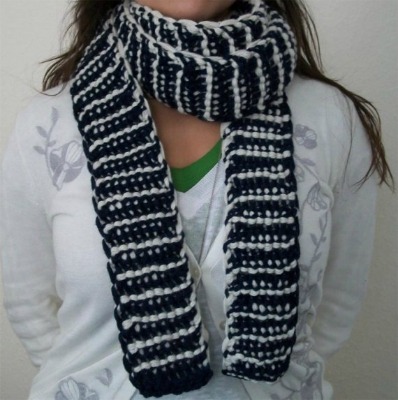 I sold both scarves during the winter of 2010 when I had a table at several craft fairs.  My younger sister was modeling in these pictures (I planned to list the scarves on Etsy if they didn’t sell at the fairs).  Apparently, I didn’t save the pictures before editing them, which is why her face isn’t shown.  Oh well.