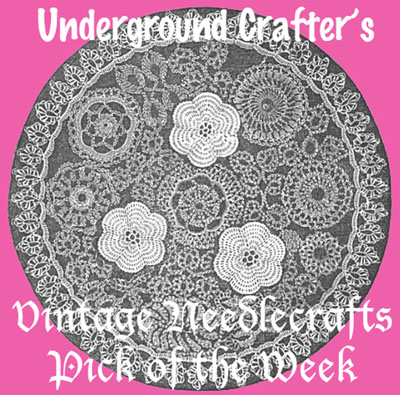 Out of print but widely available online.

Condition: Price tag on the cover and worn edges, but otherwise in good shape 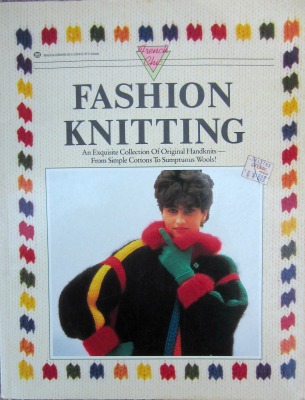 Since last week was all about fashion crochet, I thought I should share some fashion knitting this week.  As the cover photo suggests, this book is rooted firmly in the 1980s fashion aesthetic.  The subtitle is “An Exquisite Collection of Original Handknits — From Simple Cottons to Sumptuous Wools!”

According to the back cover, French Chic was a series of needlecrafts books adapted from the “highly successful French magazine, 100 IDEES, and in book form for the first time.”

The book opens with some illustrated knitting instructions and then dives into 25 patterns that are loosely organized thematically.

The patterns are mostly for sweaters worked flat and then joined.  Some are probably not going to make the transition into the 21st Century…

…while others fit right in.

Befitting the ’80s color sensibility, most of these patterns include elaborate colorwork charts.  One of my favorite designs is the Japanese Wave, inspired by Hokusai. 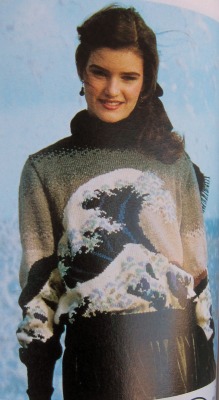 I also like the classic short sleeve tops in the Thirties Favorites chapter. 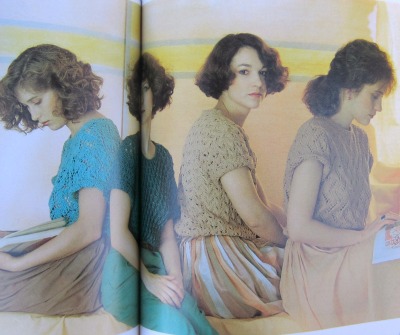 Although many of the patterns are dated, I think a sweater lover could have fun with this book.  And, of course, the colorwork charts could be used for other projects as well.

Ravelry members can see some of the other patterns, including the beautiful Paintbox Cardigan (which I forgot to photograph), here.