I’ve mentioned the My Mountain Hat Design Contest, sponsored by Schachenmayr in their My Mountain yarns, on the blog a few times before.  I finished two crochet designs in the past week, but didn’t have a chance to take pictures of both of them until last night. 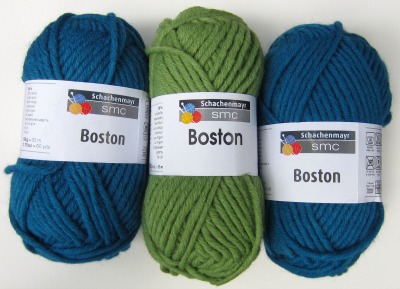 Boston in Teal and Sage Green.

This hat started out with these three skeins.  I wanted to make something that had post stitches in different colors to create a textured look. 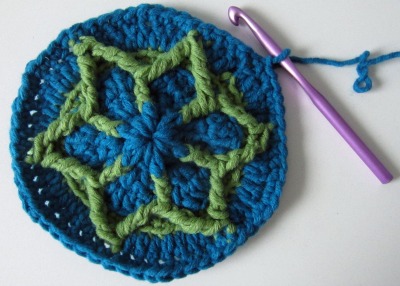 I love the star pattern at the top, and I’m very fond of how the sides worked out. 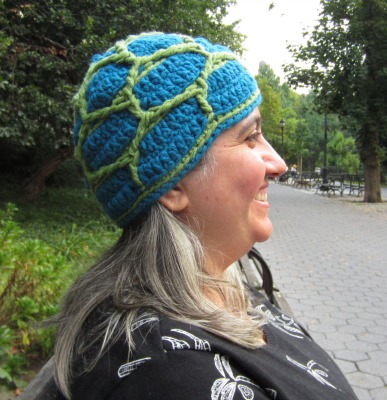 This was a nice yarn to work with.  Boston is described as a “24-ply ‘millifilli’ yarn.” 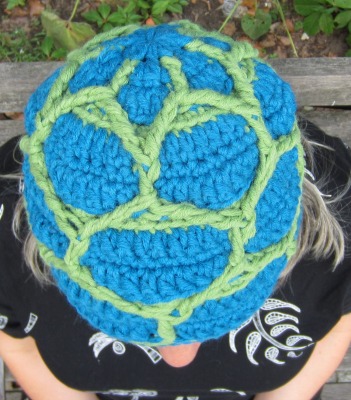 It has a soft feel, and it’s also plump so it’s great for a hat.  It seems to fill in all the airholes, if that makes sense. 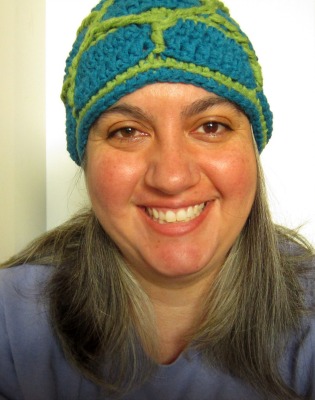 This was my attempt at a self portrait.  I cut off some of the hat, but I think I look extra cheerful in this one.

The other design used alternating shells to create… a statement piece.  I confess that I would probably not personally wear such bold colors, but I like how they look nonetheless!  This hat started with these two skeins: Bravo Big in Neon Pink and Lumio in lime. 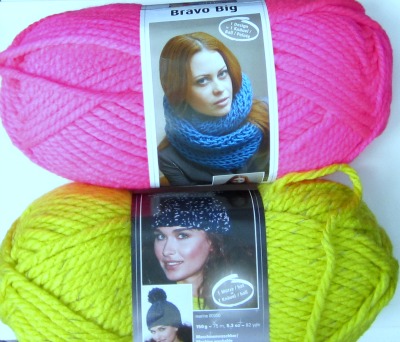 I wanted to emphasize the pink, since I had already used the green in another design, so I used treble crochets to make the pink shells a bit taller. 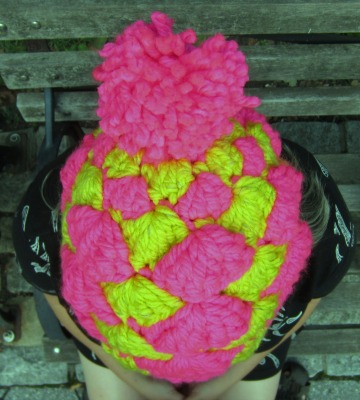 It was pretty difficult for me to capture the true colors of this hat in the twilight. 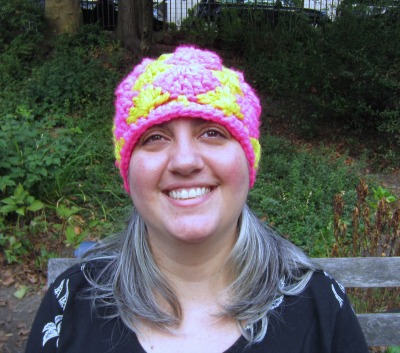 This one has a snugger fit around the head and a pom pom. 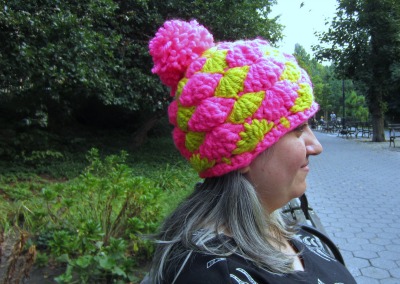 Have I mentioned how much I love my pom pom maker? 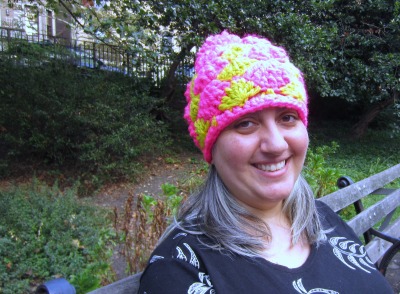 I’m open to suggestions for names for either design!