Today, I’m pleased to share an interview with Frankie Brown.  Frankie is a multi-craftual designer.  I first discovered Frankie’s work last year when I used her Jelly Mould Blanket motif in a baby blanket I made for my newborn cousin. After doing a little digging on her designer page, I realized that I had was already familiar with several of her designs (especially the Ten Stitch Blanket) through other blogs that I follow.

Frankie offers all of her self-published crochet and knitting patterns as free downloads through her Ravelry designer page.  She asks her fans to contribute to the Children’s Liver Disease Foundation, and, to date, over 600 of her supporters have contributed over £7,000 (over $12,000)!  Frankie is known as rosemily on Ravelry, where she also co-moderates the Frankie’s Knitted Stuff group. All pictures are copyright Frankie Brown and are used with permission. 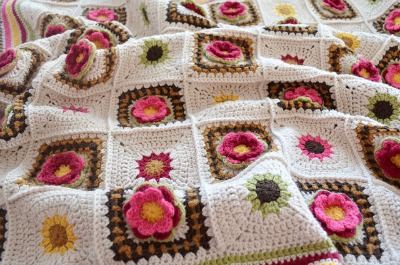 Underground Crafter (UC): How did you first get started crocheting and knitting?

Frankie: All the women in my family (and some of the men, too) knitted, crocheted, and sewed, so it was inevitable that I would, too. One of my earliest memories is my Mum teaching me to knit at the age of three. It was a pink square and I don’t think I actually knitted much of it. Later, I would be allowed to do the occasional row in my Mum’s or my Granny’s knitting. As I grew up, I would knit a lot with my Granny, who was probably the keenest knitter in the family, but it was my Great Aunt who taught me to crochet. I made endless giant granny square blankets, using random wool. 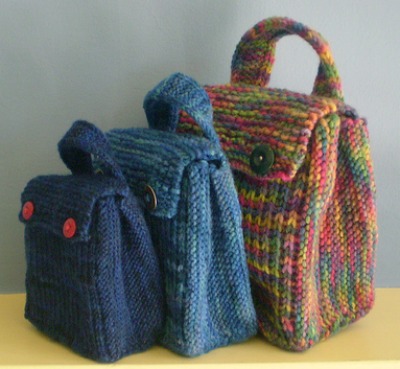 Frankie: I was a member of the Knitting and Crochet Guild, which invited submissions for its quarterly magazine.  They would have a theme for each issue and these themes caught my imagination. The first thing I designed for them was a knitted ammonite for the ‘Sea’ theme and then the Ten Stitch Blanket. Mostly I interpreted the themes literally so I knitted a pile of holes for Holes and little people for Bodies (Bendy Bodies).  This was where I developed my taste for quirky knitting. 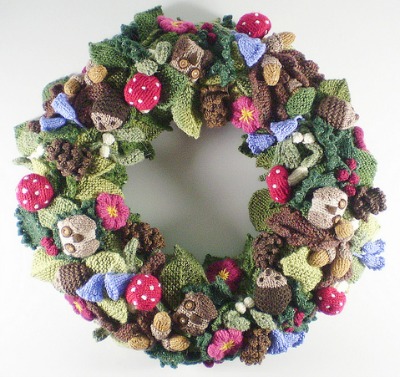 Frankie: Most of my inspiration comes from things with straight lines: ironwork, tiles, things with patterns worked into them. I’m also a quilter and I’ve interpreted various patchwork blocks in knitting. I love Mathematical shapes and patterns, spirals, flexagons, tessallations. This leads on to origami which has been the starting point for various designs. Many of my patterns are worked in garter stitch which lends itself well to straight lines and angles. As well as shapes, I also love playing with colour and here I am inspired by just about everything I see. Often, I will get a colour scheme from fabric but the colours for one of my blankets came from a packet of tea. If all else fails, I use the colours of the rainbow. 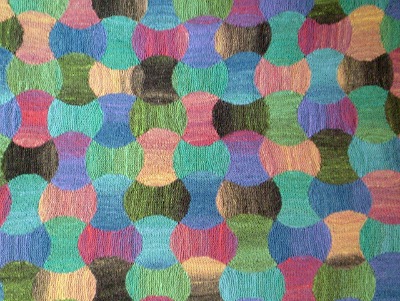 UC: All of your Ravelry patterns are available for free, but you ask people to donate to the Children’s Liver Disease Foundation. Tell us what was behind your decision to offer all of your patterns for free, why you chose this particular charity, and how you feel this has worked out.

Frankie: When my Mum died, I thought about how she had used her creative talents throughout her life to raise money for various charities and I decided I wanted to do that, too. This coincided with me joining Ravelry and finding that people were already talking about the Ten Stitch Blanket. I chose to raise money for the Children’s Liver Disease Foundation as a friend’s son was born with biliary atresia and I have seen how this has affected them and also the help they have received from the charity. To be honest, most people that download my patterns don’t donate, but those that do are very generous and as more people find my patterns and they grow in popularity so the charity gets more money. I think the fact that my designs are free has also helped to spread the word about them. Many people have also used my patterns to knit things to help other charities, something which really pleases me. To be honest, even if nobody ever donated, I think I would still want my patterns to be free. I like sharing new ideas, just as you would tell a friend when you’d found something exciting, I like to share my discoveries with as many people as possible. 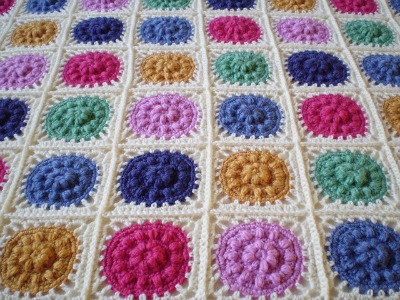 Frankie: Really, I only see the advantages of self-publishing. I can design what I want, when I want and in my own time. I have control over how my pattern looks and I do my own proof-reading so there are less likely to be mistakes. I also really love the feedback that I get through Ravelry.  I’ve learnt how to write more clearly and the importance of good photos from people telling me when they get stuck on one of my patterns. Seeing what is popular also gives me ideas for new designs and I particularly enjoy the community that is building up on my Ravelry group, Frankie’s Knitted Stuff. 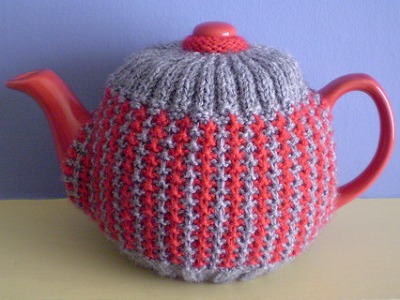 School Tweed, a knit pattern by Frankie Brown, available in the Tea Cozies 2

UC: You also have patterns in three collections by the Guild of Master Craftsman. How did you become involved with these projects?

Frankie: This happened at about the same time that I was writing for the Knitting and Crochet Guild. There was a competition in Knitting magazine for tea cosy patterns so I entered one year, then the next, then they had a coffee cosy competition … The books feature their favourite patterns from these competitions. The most exciting thing about these books for me was seeing my designs professionally photographed – they look so grown-up! 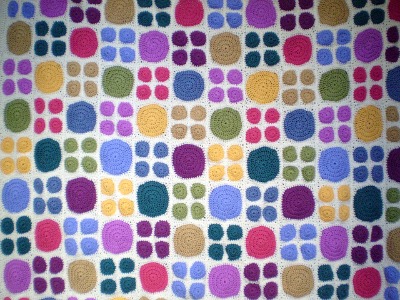 UC: What are your favorite crochet and knitting books in your collection?

Frankie: The books that I use most as practical tools are the Barbara Walker treasuries

. I also love any books with a historical slant and collect Victorian knitting books. My favourites though are the Elizabeth Zimmermann books

; I read those again and again. What she does is encourage you to play with your knitting and see what happens and that’s what I do. 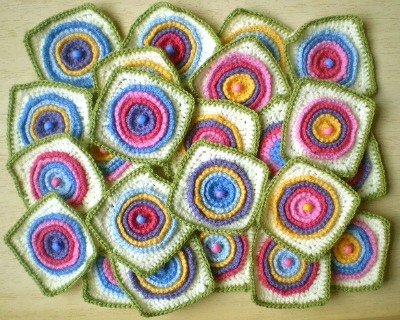 UC: Do you have any crafty websites or blogs you frequent for inspiration or community?

Frankie: This is a tricky question.  You’re talking to the woman whose mobile phone is so old, it can’t even take photos, and who refuses to have a Facebook page. Ravelry is the only craft site that I use regularly, and although I enjoy chatting to people on my group there, that’s enough for me. I read various blogs for relaxation but none of them have much to do with knitting. 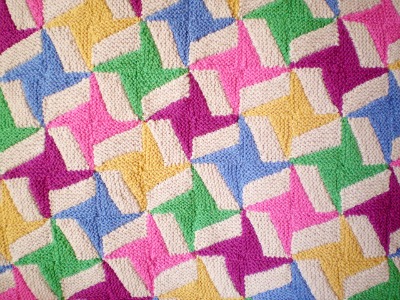 Frankie: I would like to write a book one day. I have in mind something that would show how to knit all sorts of shapes and textures, illustrating each one with a few simple patterns. That way, knitters could use it as a starting point to design their own projects. Most of my designs are based on really simple ideas and it would be good to share those with others. 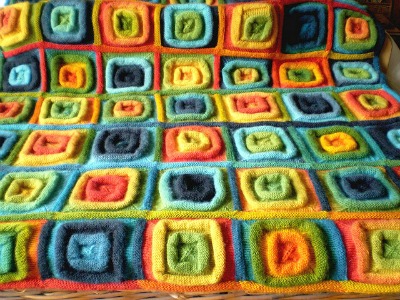 Squares on the Roll knit blanket pattern by Frankie Brown.

Thanks so much for stopping by to share your thoughts, Frankie.  We’re looking forward to seeing that book – it sounds great!

2 thoughts on “Interview with Frankie Brown”