In 2013, I had a great time crocheting my temperature scarf, and having a 365 row scarf certainly came in handy during the brutal cold of January and February. 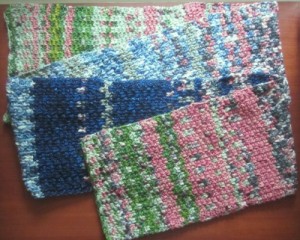 If you’re new to the temperature scarf phenomenon, it’s a conceptual project where you link a particular colorway to a set of temperatures, and then allow the weather to dictate your striping pattern. (You can find my free temperature scarf crochet pattern here.)

I promised my mom that I’d make her a temperature scarf before this winter. The catch was she only wanted to include the dates between my sister’s birthday and her birthday. (My birthday happens to be in the middle of theirs.) So, instead I decided to make a cowl.

Last weekend, I picked up some cozy and monochrome yarns from Frog Tree Alpaca that I thought would be perfect at Knitty City during the New York City Yarn Crawl. 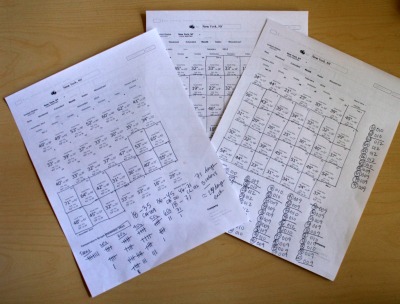 I assigned the colors and charted out the striping pattern. 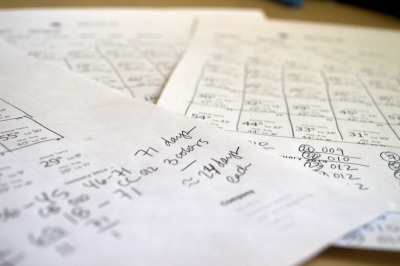 Now, I just need to pick out a stitch pattern. I’m thinking this may be a knit version, with cables. I know my mom likes cables, but I’m not sure which stitch pattern might look best with frequent color changes. I guess I’ll get swatching!

4 thoughts on “Temperature Cowl for Mom”