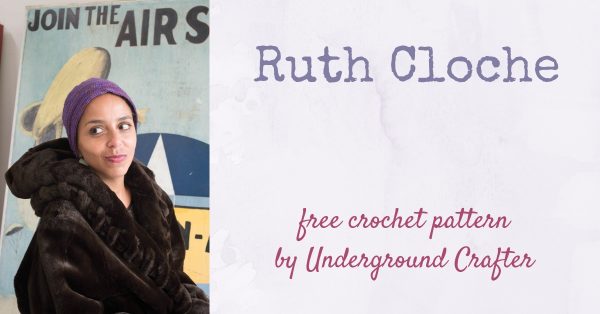 The Ruth Cloche is a crochet cloche with a gentle texture. This subtle crochet stitch pattern is perfect for highlighting a hand dyed yarn. It’s also a one skein project, which makes it perfect for making with that extra special yarn skein.

This post contains affiliate links. I may receive compensation (at no added cost to you) if you make a purchase using these links. Yarn for the sample was generously provided by Dream in Color.

Several years ago, I designed a series of crochet patterns inspired by pioneering aviatrixes. The Ruth Cloche was inspired by Ruth Elder, who was also an actress with a flirty sense of style. (Apparently, being a pilot in the early days was an expensive endeavor; everyone had to have a side job to get access to planes.)

My friend, Carlota, was my model for these photos taken at the Old Rhinebeck Aerodome. I feel like we were able to capture the spirit of the 1920s, don’t you? 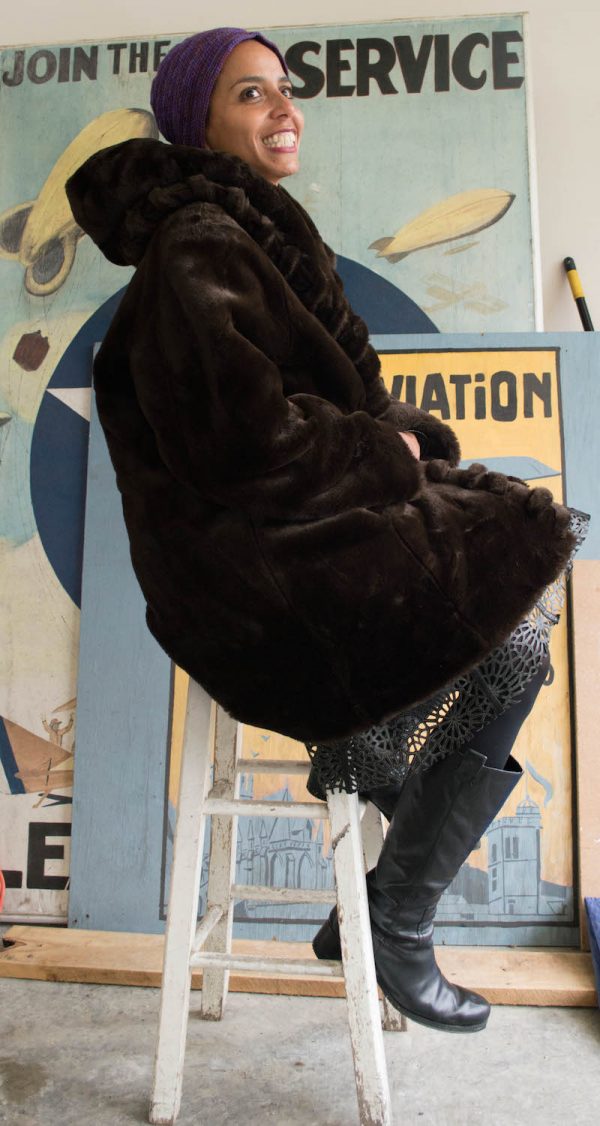 In order to create the structured feel of a cloche, you’ll need to work your stitches a bit tighter than usual. I did this using a smaller crochet hook to get a tighter gauge. Definitely, check your gauge on this project if you want it to fit correctly. 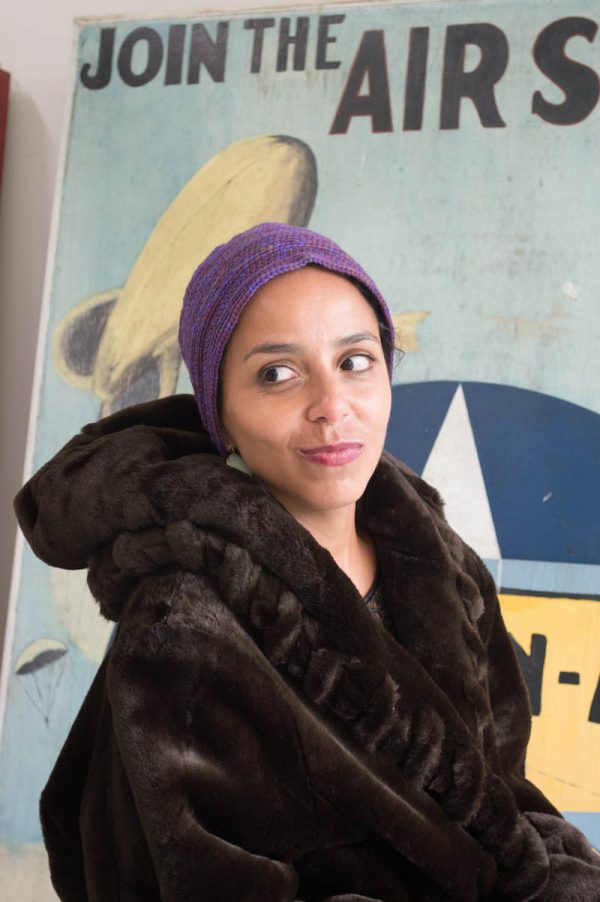 The Ruth Cloche was previous a premium (for sale) pattern on Ravelry, but I came across the sample this fall and fell in love with it again. I decided to make it a freebie pattern. 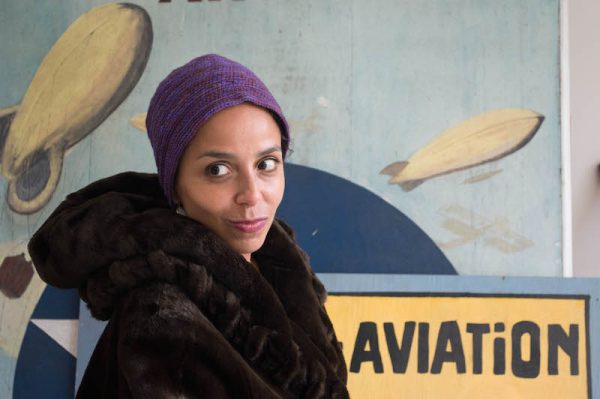 I hope you enjoy wearing it as much as I do!

If you make your own Ruth Cloche, I’d love to see it! Share your progress and questions by tagging me on Facebook as @Underground Crafter, Instragram as @ucrafter, or Twitter as @ucrafter. You can also share a picture in the Underground Crafters Facebook group. Sign up for my weekly newsletter and get a coupon code for your choice of one of my premium patterns and other subscriber goodies. Plus, you’ll never miss one of my free patterns again!

Add the Ruth Cloche to your Ravelry favorites or queue. 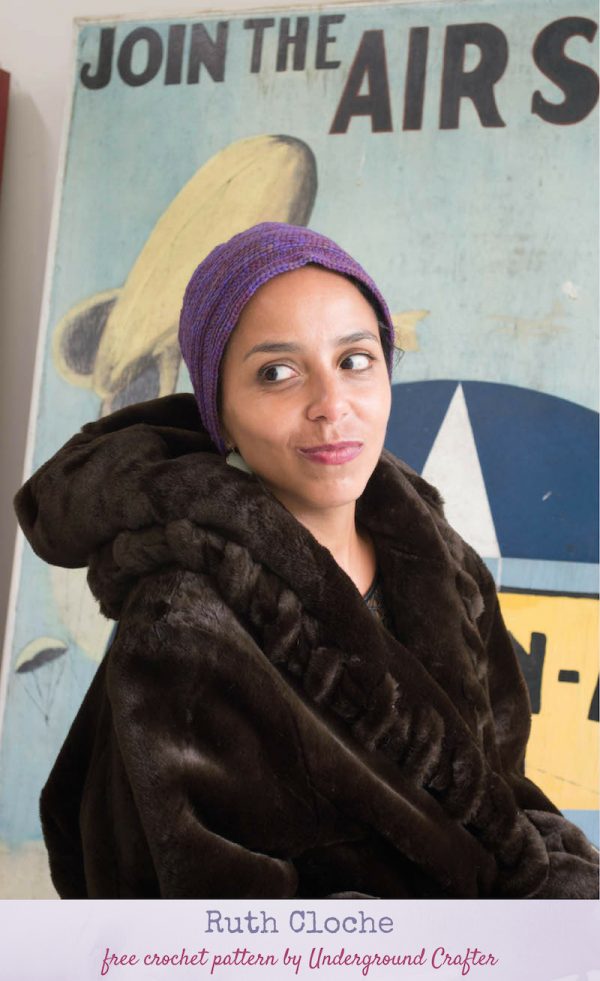 The inspiration behind this pattern is Ruth Elder, a pioneering aviatrix and actress. Ruth placed fifth in the first Women’s Air Derby in 1929 and was a charter member of the Ninety-Nines: International Organization for Women Pilots.

Ruth Elder was a fabulous dresser with a flirty sense of style. This cloche is based on one she wore. The gently textured stitch pattern showcases the hand dyed yarn. This timeless piece is also a great one-skein project.

© 2014, 2018 by Marie Segares (Underground Crafter). This pattern is for personal use only. You may use the pattern to make unlimited items for yourself, for charity, or to give as gifts. You may sell items you personally make by hand from this pattern. Do not violate Marie’s copyright by distributing this pattern or the photos in any form, including but not limited to scanning, photocopying, emailing, or posting on a website or internet discussion group. If you want to share the pattern, point your friends to this link: https://undergroundcrafter.com/2018/12/26/crochet-pattern-ruth-cloche/. Thanks for supporting indie designers!