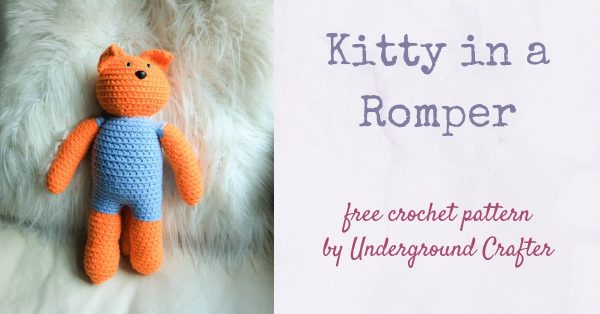 Kitty in a Romper is a cat amigurumi crochet pattern for a standing cat in a cute little one-piece outfit. At 17″ (43 cm) tall, this cat is ready for play time with 18″ dolls. She is also ready to be hugged and loved.

This post contains affiliate links. I may receive compensation (at no added cost to you) if you make a purchase using these links. Materials for the sample were generously provided by Fairfield, LoveCrochet/Paintbox Yarns, Clover, and Consumer Crafts. 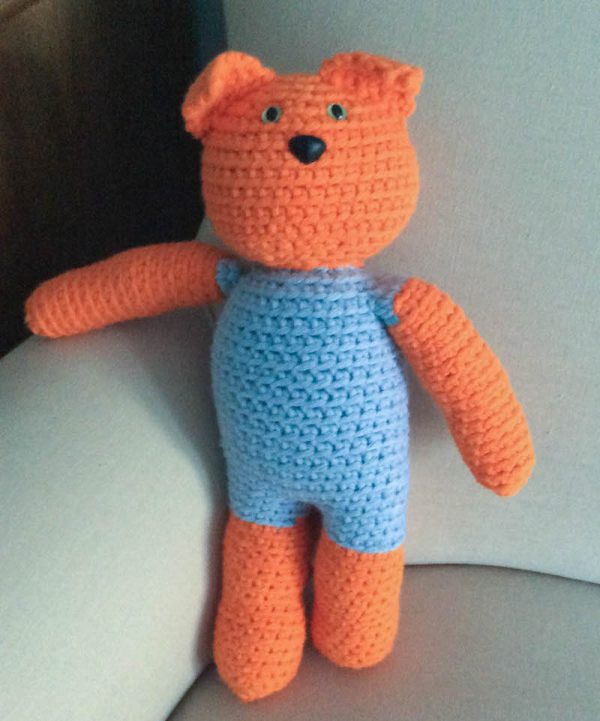 You may have noticed I like cats. They are my favorite characters to crochet (and I have several free cat patterns in different styles). This is my first marmalade cat pattern, so let me share the inspiration. 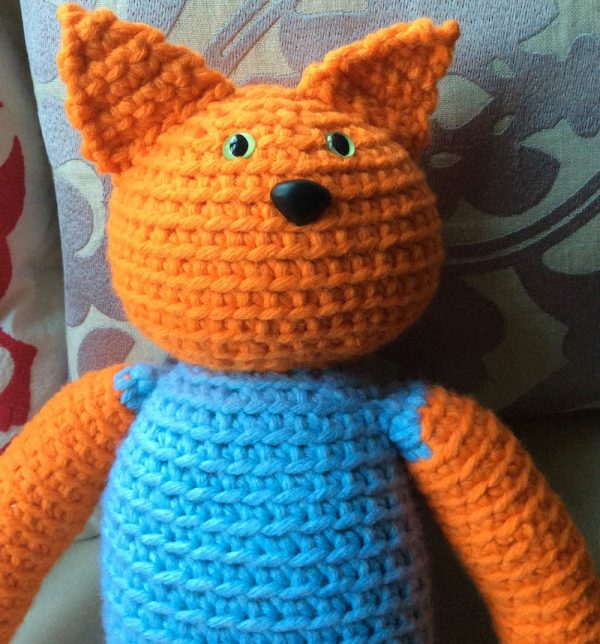 Back in September, I was able to add this Duck Egg Blue Paintbox Yarns Wool Mix Chunky to my stash at an event with LoveCrafts. They had previously sent me the Blood Orange, and I loved how the two colors worked together. I knew I would have enough Blood Orange to make a jumbo softie, but I wasn’t too sure about the Duck Egg Blue. 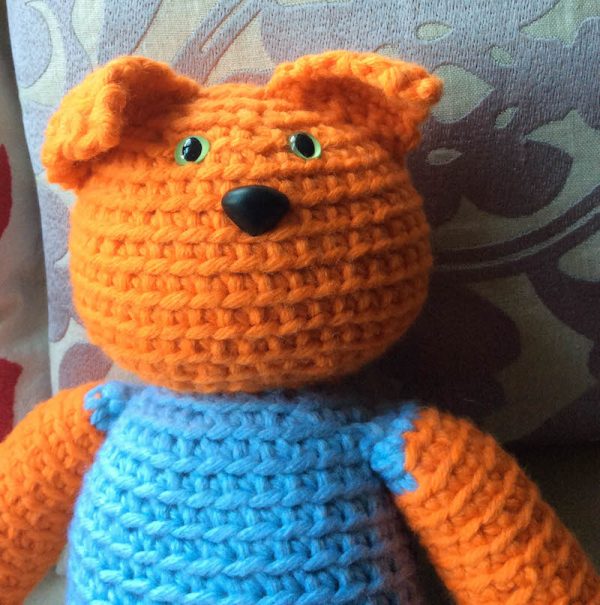 After a few false starts, the Kitty in a Romper was born. I usually add a mouth to my amigurumi characters, but I really felt that she was more expressive without it! Just move the ears up or down and you can tell a lot about her mood. 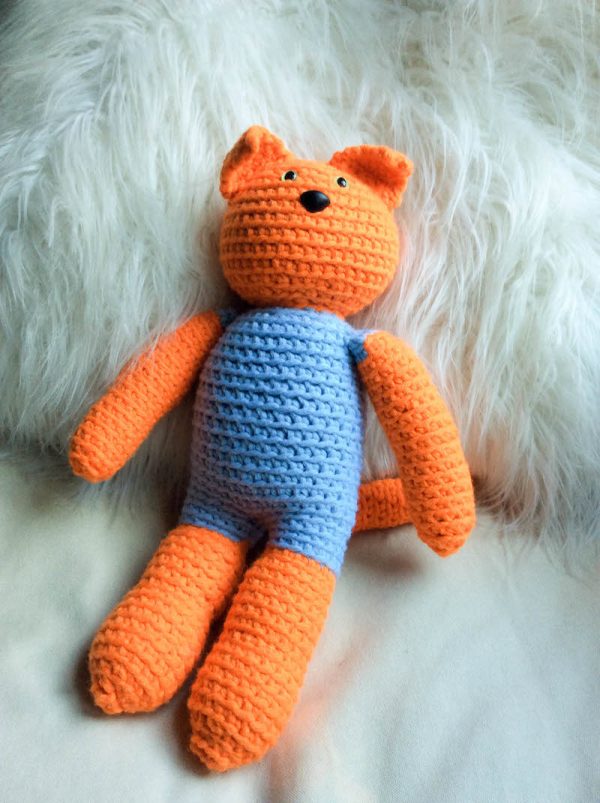 Unlike the cats I know in real life, this amigurumi cat stands tall, making her much more like a doll than a toy cat. 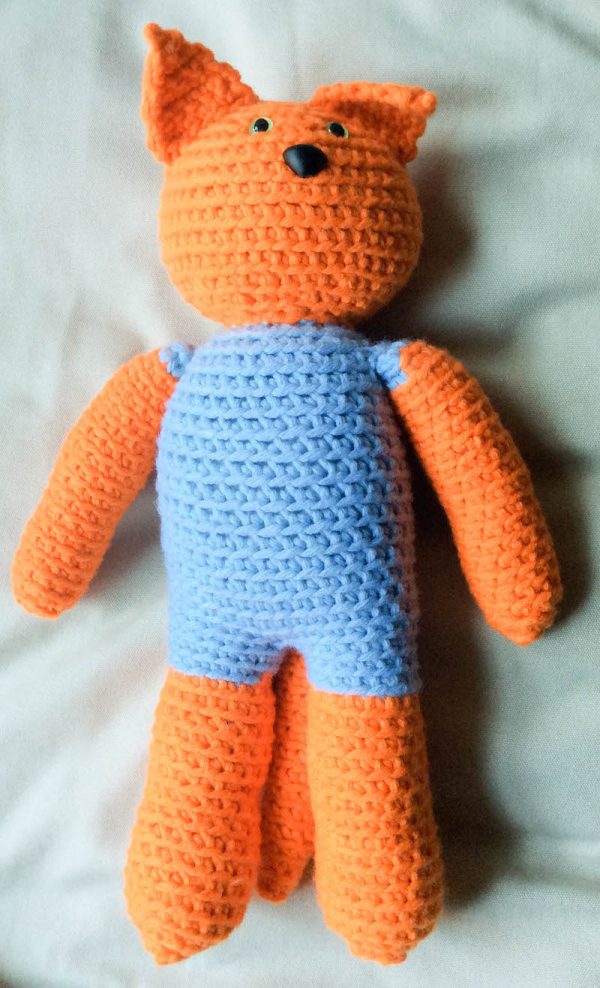 I used Fairfield Poly-Fil Royal Silk Fiber Fill, an extra soft fiber fill stuffing, to make this kitty extra huggable. And, with the bulky yarn, she really works up quickly. She would make a great gift for any child on your handmade holidays list. (If the child is under 3, substitute embroidered eyes and nose instead of using safety eyes and an animal nose, as I did.) 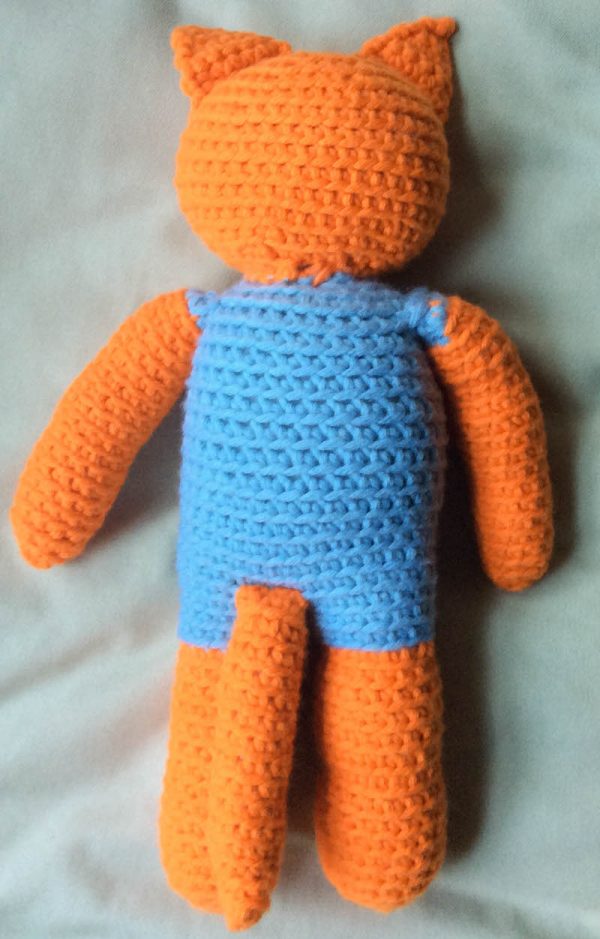 And, this time, I didn’t cheat. I actually crocheted the tail. (See evidence photo above for proof!) 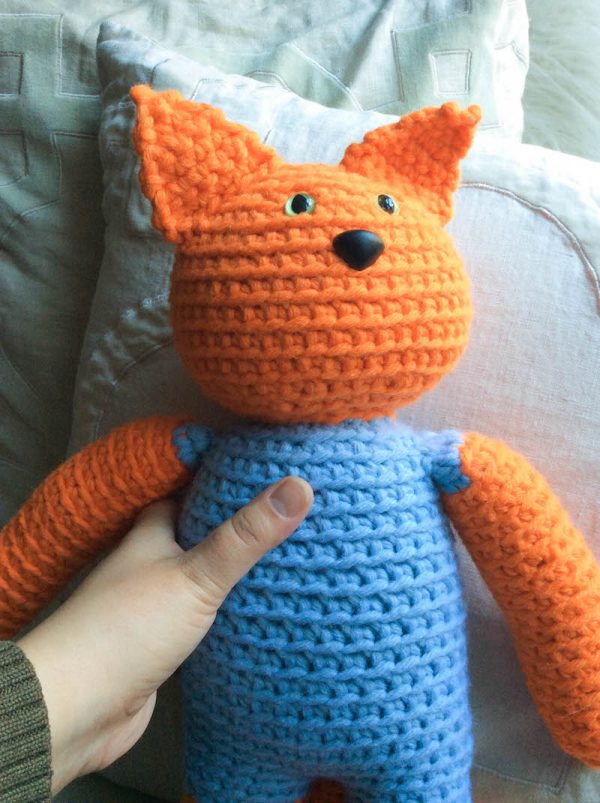 You can get a sense of how big she is from this picture. The Kitty in a Romper is so much fun to play with!

If you make your own Kitty in a Romper, I’d love to see it! Share your progress and questions by tagging me on Facebook as @Underground Crafter, Instragram as @ucrafter, or Twitter as @ucrafter. You can also share a picture in the Underground Crafters Facebook group. Sign up for my weekly newsletter and get a coupon code for your choice of one of my premium patterns and other subscriber goodies. Plus, you’ll never miss one of my free patterns again!

Add the Kitty in a Romper to your Ravelry favorites or queue.

Kitty in a Romper

This little kitty is ready to play in her romper. 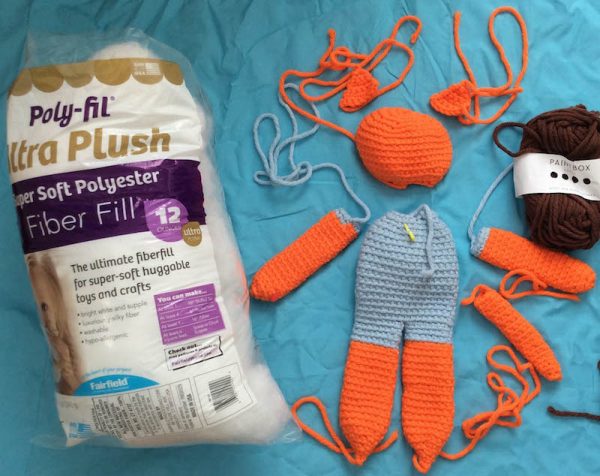 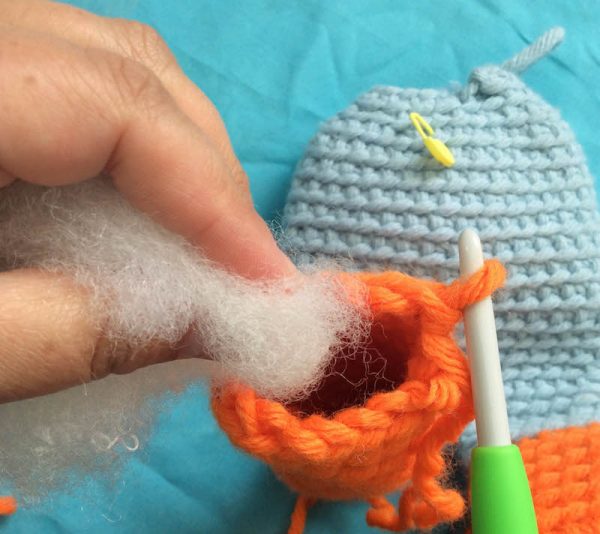 © 2018 by Marie Segares (Underground Crafter). This pattern is for personal use only. You may use the pattern to make unlimited items for yourself, for charity, or to give as gifts. You may sell items you personally make by hand from this pattern. Do not violate Marie’s copyright by distributing this pattern or the photos in any form, including but not limited to scanning, photocopying, emailing, or posting on a website or internet discussion group. If you want to share the pattern, point your friends to this link: https://undergroundcrafter.com/2018/11/02/crochet-pattern-kitty-in-a-romper-amigurumi/. Thanks for supporting indie designers!

1 thought on “Crochet Pattern: Kitty in a Romper amigurumi”