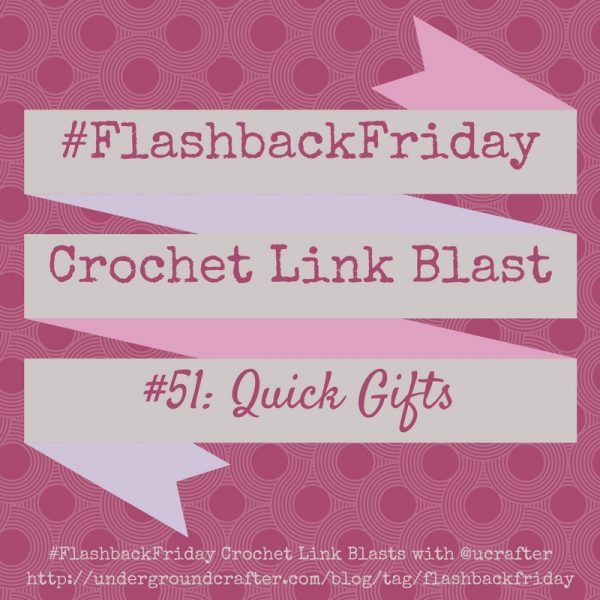 On Fridays, I share a link blast on Twitter and Facebook to get you excited about crocheting all weekend! In keeping with the #FlashbackFriday meme, I’m sharing patterns that were first released at least 12 months ago.

I’ve been out of the #FlashbackFriday habit for a few weeks now, so I’m doing something a bit different than my typical roundup. I’m highlighting the 24 free crochet patterns from the 2016 Holiday Stashdown Crochet-a-Long. These aren’t 12 months old, but the “new patterns” part of the CAL has come to an end, so I figure a flashback is in order.

All images are copyright the respective designer and used with permission. 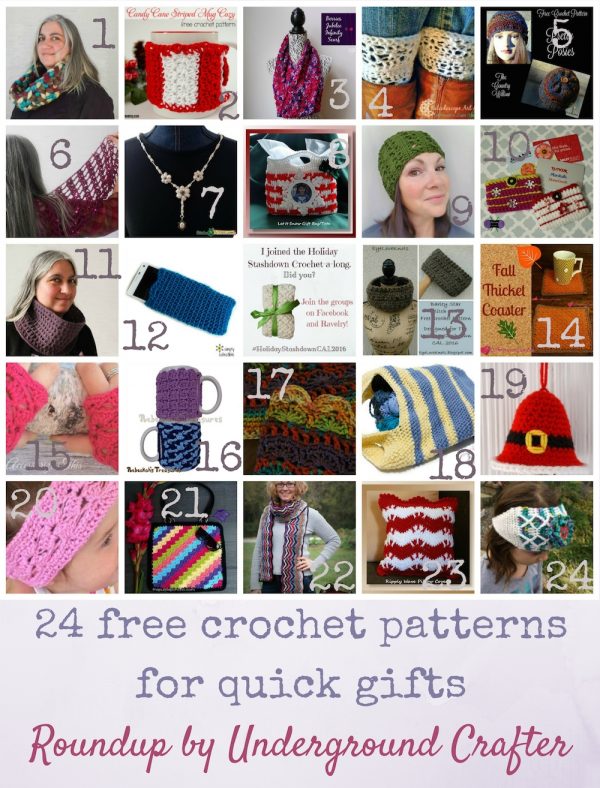